The Old Scrapbook is real, Ray Speck (my blood relative) and Betty Campioni were real as well. This story is an attempt to fill in the blanks of their real relationship.

My mother, Betty J. Higgins received the scrapbook from her uncle (Ray’s real brother). I found it when my mom died. I had never laid eyes on it before that time. The only thing I thought I knew about Ray was he was my mom’s uncle who died in the war.

I was able to uncover much information about Bet and Ray. I went from zero to ninety doing extensive research to find them and Bet’s family.

Like Kenny in my story, I became a little obsessed with the scrapbook and what could have become of the young woman who created it. I felt from the beginning that I was led to that war-time scrapbook by an unseeing hand. I could feel Bet’s loving nature and fun personality transcended the years, coming out of the words and pictures from those black pages. It made this the most unique book I had ever had the pleasure to write.

Dennis Higgins
Quote: "This trip and the fun they had was a memory, captured in pictures, yet lost in time." 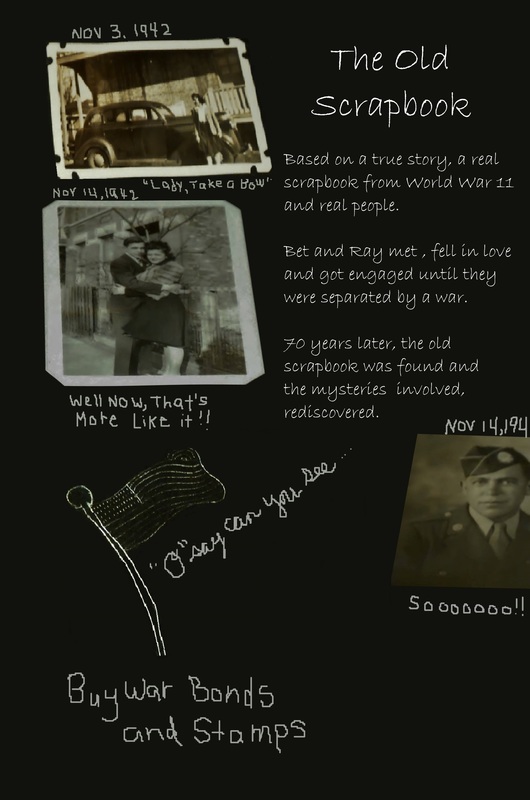 Review by Virginia Wright:
The Old Scrapbook is another creative read by author Dennis Higgins. This book, is an excellent example of a walk through time, with a story told through characters both past and present. Kenny and Megan are living in the present, thumbing through an old family scrapbook. All the while, getting clues to help them, unscramble the mystery and retrace the steps of Bet and Ray, who lived in the past and within the pages of the scrapbook.
Review by Katrina Ribordy
The Old Scrapbook provided two romance novels in one. When contemporary courtship mixed with passion from the past, I was drawn into a tale of a near love triangle that transcended time. Higgins’ clever writing style had me telling myself I’d go to bed after just one more chapter - but he made a liar out of me repeatedly. It was hard to stop reading until I had finally discovered if this modern day man could solve the mysteries of his family’s past.